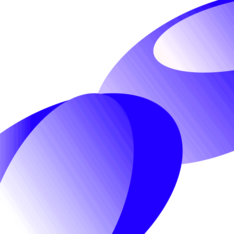 CHEN Jinqing (PhD Student, Kyōto University)
Is Emperor Yuan of Liang the Author of the Preface and Inscription for the ‘Xiao Jing Epitaph’ in the Kōnin manuscript of the Wenguan Cilin?

Chen Jingqing (PhD student, Kyoto University) and Odajima Ryo (MA student, Hokkaido University) gave presentations this time. The commentators were Li Zhaoyu (PhD student, University of Tokyo) and Satō Kai (PhD student, University of Tokyo).
Chen’s presentation discussed the author of The Preface and Epitaph Inscription for Xiao Jing, the Governor of Ying Province included in a manuscript of the kanshi poetic anthology Wenguan Cilin from the year Kōnin 14 (823). Chen disputed the claim that the Kōnin manuscript was the work of Emperor Yuan of Liang (Xiao Yi), and claimed that, although the inscription was Emperor Yuan’s creation, the preface attached to the epitaph inscription was written by a different person. As a basis for this claim, Chen pointed out that there is a disparity between the preface and inscription in the selection of the description’s content. It was mentioned that, while the former records a biographical sketch of a person’s public and private life, the latter tends to describe Xiao Jing as a member of the imperial family and connected to the history of the realm. After discussing the above, Chen supposed that the author of the preface was a person by the name of Pei Ziye, a subordinate who had a close relationship with Xiao Jing and also worked as a compiler for histories of the realm.
Li, who acted as commentator, asked questions such as whether the epitaph inscription was something that was publicly produced, whether epitaph inscriptions for other people also described a person as connected to the realm, and how to think about the relationship between disparities in the description’s content and disparities in literary style. Moreover, participants also asked what could be said about the authors of the preface and epitaph being different people, and whether the grounds for making Pei Ziye the author were sufficient.
Odajima’s presentation was a discussion how to explain what kami are in the Kamakura period Shintō text, Nakatomi no harae kunge. After taking the commentary portion for the Nakatomi no harae norito within the Kunge as the “main text” and the part attached to its end as a “biography,” Odajima analyzed the descriptions of kami in each portion. First, regarding the “main text,” he mentioned the explanation that Dainichi Nyorai appears as a kami in order to save mankind and, in accordance with esoteric Buddhist thought, this Dainichi Nyorai can be regarded as having the luminous mind, which is the intrinsic mind of mankind. Next, regarding the “biography,” Odajima said that a new kami called “Daigen Sonshin” was introduced in place of Dainichi Nyorai, and the conception of the kami was formed while reading the character with a different gloss in Buddhist texts and scriptures. In this way, after demonstrating Odajima showed that the Kunge was a text that was allowed to coexist as a description of the kami as both Dainichi Nyorai and and “Daigen Sonshin,” he stated that this co-existence is thought to have led to the formation of conceptions about kami by figures such as Yoshida Kanetomo.
Satō, who acted as commentator, pointed out that it may be necessary to discuss when the current version of the Kunge was established with the addition of the “biography” to the “main text,” since the “biography” is considered to have been added after the creation of the “main text.” Satō also wondered whether, in regard to the replacement of readings for the character kami in Buddhist texts, descriptions existed that could make a replacement reading possible within those texts. Next, participants asked questions such to what degree was this related to esoteric Buddhist thought, and about how we should understand the relationship between Dainichi Nyorai and other kami.
The two presentations given during this meeting took up the idea that different kinds of texts, such as preface and inscription or “main text” and “biography,” coexist within a single work or book. Important questions such as how to handle the mixture of different texts and the fact they are gathered in a single work, and how to understand the interrelationship between texts that co-exist with each other, emerged from the presentations and shared by the audience members alike.
In addition, although this was the first time the event was held online, lively discussion took place thanks to careful preparation from both the presenters and commentators. Audience members were also able to introduce themselves, and so it was a very meaningful meeting.
(Tobita Hidenobu, PhD Student, University of Tokyo)