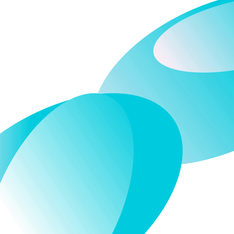 Topic 1: A Study on the Description of Diseases in the Weng Family Diary and the Medical History of that Family
Speaker: Jia Hongtao (PhD Candidate, Nanjing University)

On the day of the event, professors from Kyoto University, invited researchers from overseas, and graduate students gathered to hear Jia Hongtao and Wang Peng, doctoral candidates from Nanjing University, present on various topics.
First, Mr. Jia gave a presentation entitled, “A Study on the Description of Diseases in the Weng Family Diary and the Medical History of that Family.” The presentation’s contents were as follows.
A record of illnesses and diagnoses remains behind in the Weng Family journal, which represented figures such as Weng Xincun, Weng Tonghe, Weng Zenghan, and Weng Binsun. In the early stages of their illnesses, through self-diagnosis they would cure themselves using drinks such as watermelon juice, tea, and alcohol, or with methods outside traditional medicine such as “shen si,” 祀神 “fu shui,” 符水 “ji xian,” 乩仙 and “ge rou.” 割肉However, most members either sought out Confucian doctors, Buddhist monk doctors, or Wester doctors for themselves, or received recommendations from others. The Weng were too involved the selection and prescribing of doctors, and it was difficult to build a relationship of mutual trust with their doctors. The reason for this was because they were very apprehensive about the doctors they hired, and so they would harshly reprimand them.
In the open discussion that followed, discussions took place on the state of medical care before the Qing Dynasty, the acquisition of medical knowledge by bureaucratic families in the Qing era, the state of medical care for commoners during the Qing Dynasty, the general situation of Chinese and Western medicine during the Qing Dynasty, and the situation concerning medical books.
After a fifteen-minute recess, Mr. Wang gave a presentation entitled “’The Rites of the Three Dynasties are not the Same’ to ‘The Laws of the Three Dynasties are Different’: A Study on the History of Confucian Thought about the Rites and Laws of the Three Dynasties.” The presentation’s contents were as follows.
In early Chinese thought, the differences in the rites between the Three Dynasties were an important issue, but interpretations in regard to this issue seemed to differ from era to era. It was Confucius who first noticed the difference in the rites between the Three Dynasties. Confucius realized different rituals had been preserved within the funeral rites of the Xia, Yin, and Zhou Dynasties and, using that as a foundation, tried to reconstruct these rituals. Since then, more than seventy followers of Confucius, known as the “Seventy Disciples,” and scholars following thereafter, inherited this framework of differences between the rites in the Three Dynasties as advocated by Confucius, letting them further discussion on the matter. With the rise of Yin-Yang Wuxing theory, in order to be in accordance with the traditional theoretical foundations of “Differences in the Rites between the Three Dynasties,” scholars belonging to the Confucian group borrowed the various elements and logical structure of Yin-Yang Wuxing theory, they built the Santōreki system, and through that attempted to provide an explanation of the universe and history. Dong Zhongshu compiled the achievements of his predecessors, and established a political philosophy centered on the transformation in rituals between the Three Dynasties by combining traditional Confucian concerns with the thought process of Yin-Yang Wuxing theory. In addition, in the field of Classical Confucian studies, commentators such as Zheng Xuan presume an interpretation of “transformation in the Rites between the Three Dynasties” when annotating The Rites of the Three Dynasties, and based on that, a systematic interpretation of Confucianism was constructed by working toward agreement between various scriptures could contain contradictions.
In the subsequent open discussion, issues such as how to handle historical material, the circumstances surrounding Zheng Xuan’s book of omens appended to the classics, and the development of the theory surrounding the Rites of the Three Dynasties were discussed.
We would like to express our gratitude toward the two presenters for providing an opportunity for lively discussion as well as those who participated in said discussion.