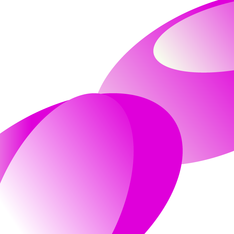 Theme: The Casting and Mystical Power of Swords and the Daoist Conception of the Body
Language: Mandarin

Date: Saturday, June 23rd, 14:00
Location: Kyōto University, Yoshida-South Campus, Academic Center Building, North Wing, Fourth Floor, Room 4119
Theme: The Casting and Mystical Power of Swords and the Daoist Conception of the Body
Speaker: Dr. FENG Yujie (Sichuan University)
Language: Mandarin
Summary:  Dr. Feng Yujie gave a lecture to graduate students entitled, “The Casting and Mystical Power of Swords and the Daoist Conception of the Body.” There were not only students from the humanities, but also those from the sciences, who attended the presentation.
Dr. Feng gave his explanation by dividing the topic into four sections: 1. The relationship between swords and the human body in early times, 2. The rise of the Faith in the Daoist Sword of the Law and the Way of Sword Liberation, 3. The emergence of the Theory of the Qi Sword and the revised Neijing tu, 4. The Knowledge based on the metaphor drawn between a human body and a furnace. Finally, Dr. Feng argued that, for ancient Chinese people, the relationship model between sword and body reflected both changes and constants in their views on the human body.
During the Q&A after the lecture, vigorous debates developed in regard to topics such as interpretations of the Neijing tu, the direction of characters engraved on wooden swords, the relationship between swords and copper mirrors as well as the technology at the time used in casting these items, and the concept of “unity between man and sword.” The discussion spanned various fields such as Daoism and Archeology. Additionally, Dr. Feng also talked about research concepts and methods.
We would like to give thanks to Dr. Feng who gave a lecture on a very stimulating subject as well as everyone who participated in the discussion for taking time out of their busy schedules.
(WANG Yiran, Ph.D. Candidate, Kyōto University)