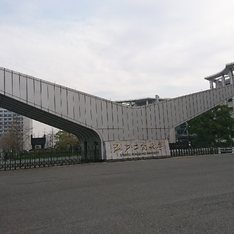 On March 12th, 2018, we will be holding a special series of lectures at Zhejiang Gongshang University. The general theme of these lectures is “Classical Sinitic writing and Japan.” Each lecturer will present on topics relating to this theme, arranged in chronological order of subject matter, as follows:

Tamura Takashi: “The many legends of Wang Zhaojun”

Michisaka Akihiro: “Wang Bo and literature of the early Tang period: the significance of his lost writings”

On March 12th, the 40th seminar (special lecturers) of Method of East Asian Classical Studies was held at Zhejiang Gongshang University. Aside from those students currently enrolled in faculty of Japanese Studies at Zhejiang Gongshang University. more than fifty teachers and students—several being exchange students from Waseda University—attended this event. In fact, a number of extra chairs had to be brought in to accommodate this large turnout. 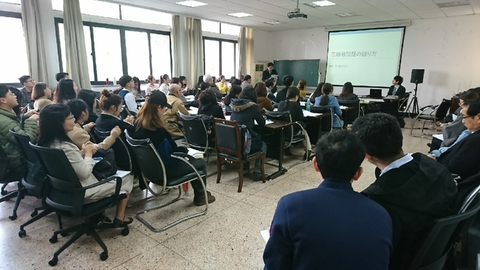 This seminar began with some opening remarks by our moderator Dr. Lu Shunchangof Zhejiang Gongshang University. Following this, Dr. Tanaka gave a presentation in which he showed how the precise content of the legend of Wang Zhaojun varied depending on which base text a given author was using. After this, Dr. Kanazawa explained the manner in which the eighth-century Kojiki and Nihon shoki were written, as well as how they came to be understood by fifteenth-century scholars. He also made a number of comments regarding the relationship of these two texts to other Sinitic and Buddhist works.
After the lunch break, Dr. Wang Baoping took over the role of moderator and the lectures then continued. Dr. Michizaka shared with us his research into the religious petitions (Ch: jiwen; J: saimon) written by Wang Bo. Regarding meter, these petitions contain both regular verse as well as more elaborate prose-poetry parallel couplets. Dr. Michizaka noted a number of seemingly inferior verses, and discussed the significance of these with reference to the formal rules of this genre. Saito Mareshi lectured on the impetus behind the rise of kundoku as a primary tool of literacy. He discussed the transition from an early stage in Japanese literacy, when serious phonetical and grammatical differences between vernacular Japanese and classical Sinitic precluded the inclusion of Sinitic elements into written Japanese, to a later stage, when kundoku came to serve as not simply a means of explicating Sinitic texts but also as a means of recording phonetic elements. 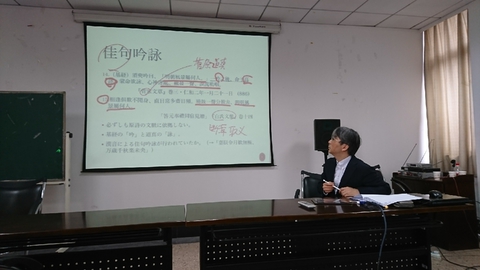 This was followed by a general discussion. Many questions and new ideas were raised by the floor. What are some common features shared by both Japanese and Chinese mythology? Were Buddhist verses composed with phonetic elements in mind? What is the significance of early modern and modern Japan’s interest in Kojiki? Are haiku meant to be sung rhythmically or not? What differences were there between the global outlooks of the fifteenth and the eighteenth centuries? These and many more questions were answered and discussed by the relevant lecturers. Many questions were put forth from the other participants, so much so that we were forced to continue well beyond our scheduled time. It was a lively discussion resulting in several original observations. 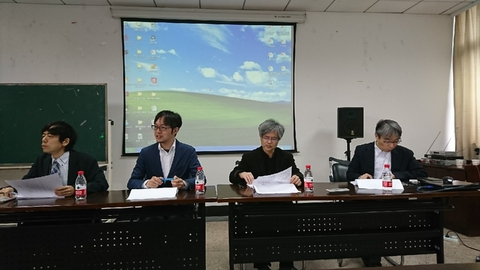 This seminar, led as it was by scholars working on the cutting edge of their fields, provided young scholars conducting research into Japanese literature abroad with a truly rare opportunity. Seeing how intensely everyone listened to the lectures left a lasting impression on me.
(Matsubara Mai, Specially appointed researcher at Tokyo University)