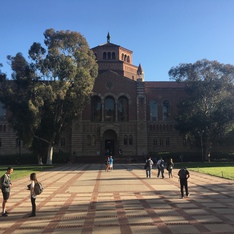 We will be conducting an experimental workshop in Japanese vernacular Kanbun at UCLA on December 1st (Friday), 2017. We will use as our textbook A Japanese Vernacular Kanbun Reader, produced with the cooperation of Saitō Mareshi (Tokyo University), Torquil Duthie (UCLA), Ono Yoshiko (Princeton University), David Lurie (Columbia University), and Christina Laffin (University of British Columbia). Graduate students from all the above-listed universities will be participating in this workshop.

An experimental series of lectures using A Japanese Vernacular Kanbun Reader (tentative edition) was held on Friday, December 1st, 2017, in the Royce Hall at Campus of the University of California, Los Angeles (UCLA). Six students from UCLA, Princeton University, Columbia University, and the University of British Columbia joined us for this event. While these students are each interested in a variety of different fields, including premodern Japanese literature, Buddhism, and history, they all recognize the necessity of gaining a more intimate understanding of documents written within the archipelago in a mode of Sinitic (kanbun). 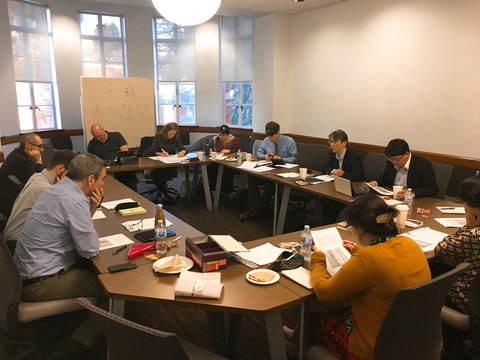 A total of five lectures were held, each taking as its focus a different text, as follows: the carved inscription found on a statue of the Medicine Buddha at Hōryūji Temple, a passage from Kojiki, a passage from Meigetsuki, text from Zeami’s Nikyoku santai ningyōzu, and a passage from an early modern Japanese imprint of Lunyu (J: Rongo). These lectures addressed differences between kanbun composed in China and in Japan, along with the many ways of rearranging kanbun in accordance with vernacular syntax (kundoku) employed throughout premodern Japan. Students were given samples of Sinitic passages and asked to rearrange them by means of kundoku, as well as translate these passages into English. After these lectures, students were encouraged to give feedback, especially concerning ways in which these lectures might be improved in the future. 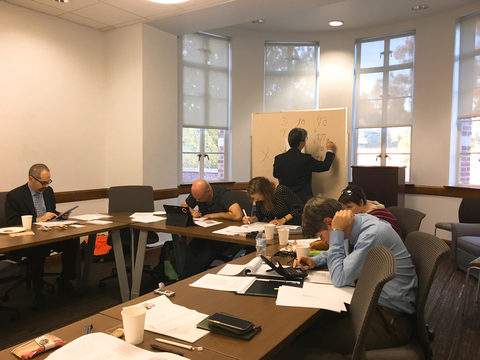 Students shared their opinions regarding the content of these lectures. Moreover, they were enthusiastic to learn that this textbook would eventually be made available publically on-line in the convenient form of a pdf file. While it is true that more and more premodern Japanese works are being made publically available in digital format, making such documents more accessible to a wider audience, textbooks published in Japan dealing with kanbun are, so far as scholars in North American are concerned, as hard to obtain as ever before. Consequently, only a limited number of North American universities offer lectures dealing with kanbun. In fact, most of the students who participated in this series of experimental lectures had acquired their basic understanding of kanbun not in North America but through short-term study in Japanese institutions. It is hoped that, by making A Japanese Vernacular Kanbun Reader available on-line, an appreciation of the rich variety and academic significance of kanbun may be shared with a large number of students and researchers, both in Japan and all over the rest of the world.
(Baba Sayuri, specially-appointed researcher at Tokyo University)