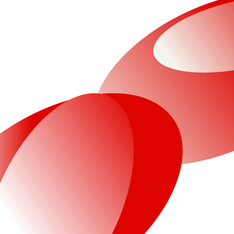 On the day of the event, professors and graduate students gathered to hear a talk on a topic shared by Guo Pengfei, a lecturer at the Hunan Normal University College of Liberal Arts.
Guo’s talk was comprised of a discussion on “Sources of the term Ruist.” An overview of his talk is as follows.
First, Guo raised examples of the term ru (儒) as Confucius utilizes it in the “Yong Ye” chapter of the Analects, before observing that prior to the Han dynasty, while the term ru appears, no examples can be found of the term “Ruist” (Chn. rujia 儒家). Next, he argued that the term “Ruist” is first defined in the Yiwenzhi or the Treatise on Literature contained in the Book of Han. Additionally, he introduced the origins of the concept of jiashu (家数), and argued that the term “Ruist” arose when Han dynasty scholars undertook the process of categorizing the teachings of the Hundred Schools of Thought. Next, Guo raised examples from texts like the “Tianxia” chapter of the Zhuangzi in order to introduce the definition of ru during the Spring and Autumn period, arguing that even by the end of the Warring states period the reception of ru was not positive. Finally, he introduced the meaning and relationships between the terms ru on the one hand and you (優), rou (柔), ru (濡), and xu (需) on the other, showing the vicissitudes of the origins and meanings of the glyph ru (儒).
After a shot break, a free discussion was held. Points of discussion included the question of how scholars in the school of Confucius identified themselves prior to being designated as “Ruists,” Zhang Binglin’s discussion of the term ru, the reception of Ruist thought after the Han dynasty, and how the image of Ruists has improved.
The topic of “Ruists” was one with which many of us were quite familiar, so stimulated by Guo’s talk, a lively and productive discussion could take place.
(Wang Yiran, Adjunct Lecturer, Kyoto University)